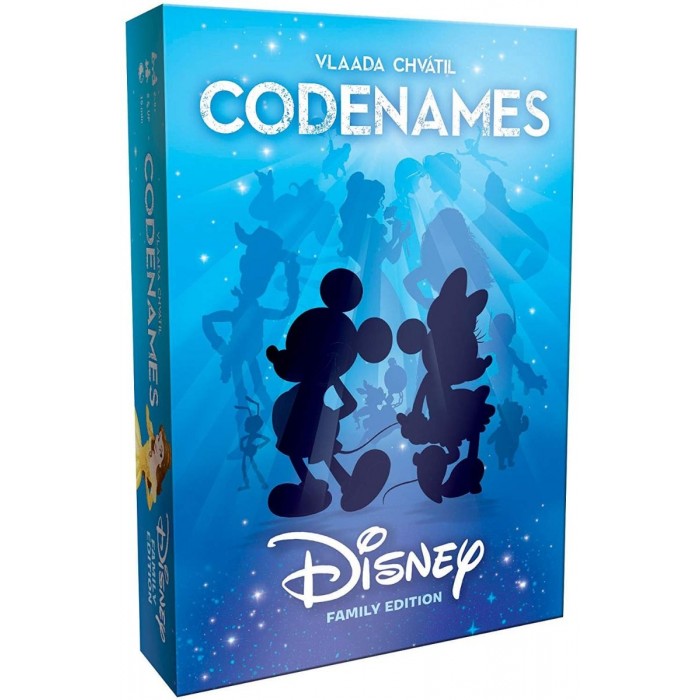 Now you can play Codenames with a Disney Family twist!

The two rival spymasters know the secret identities of 25 agents. Their teammates know the agents only by their CODENAMES.

The teams compete to see who can make contact with all of their agents first. Spymasters give one-word clues that can point to multiple words on the board. Their teammates try to guess words of the right color while avoiding those that belong to the opposing team. And everyone wants to avoid the assassin.

Codenames: win or lose, it’s fun to figure out the clues.

Codenames: Disney Family Edition keeps the Codenames gameplay, while featuring characters and locations from a variety of Disney and Pixar films, with words on one side of the cards and images on the other.